45.91.22.145 belongs to the Express VPN anonymization network. Express VPN users route traffic through 45.91.22.145 to obscure their traffic from ISPs and mask their identity from servers on the internet.

This IP address (45.91.22.145) is not being used by many devices. The low device count for 45.91.22.145 indicates that it may be privately allocated to specific customers. Datacenter IPs like 45.91.22.145 can be used in fake user or bot activity which is not accounted for in this metric. IP Addresses that have fewer unique users are generally less effective at anonymizing activity online.

45.91.22.145 has proxied traffic on behalf of call-back proxy networks. This could indicate malware, or other surreptitious software on devices on 45.91.22.145. These networks build up inventories of endpoints and lease out bandwidth/IPs for use by criminal and bot networks.

Usage of 45.91.22.145 has been concentrated in the Converse area. This is significantly different than the hosting location for 45.91.22.145 (Paris, FR) For more detailed geo-fraud information you must use our API.

This IP may be trying to spoof it's location

We have identified at least 1 behavior relevant to devices using 45.91.22.145. We evaluate connection patterns for 45.91.22.145 to establish tradecraft behaviors. Consult our API for more details on how this can help you prevent fraud.

This IP is owned by M247 Ltd and is hosted in Paris, FR. This IP belongs to DATACENTER infrastructure. Datacenter IPs like 45.91.22.145 typically route user traffic when they are acting as a VPN, Proxy, Cloud Gateway or are performing some automated activity.

We have identified at least 21 IPs that are similar to this one. Our fingerprints look for IPs that have similar characteristics to 45.91.22.145.

Attackers have changed; fortunately, so has threat intelligence. Our context API provides IP insights for you to make business risk decisions on 45.91.22.145. 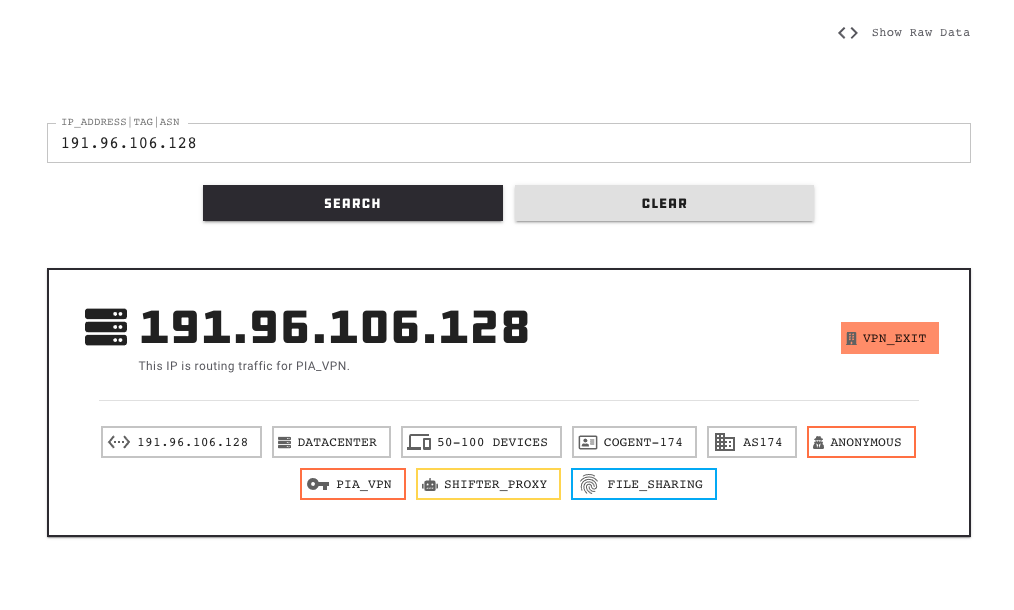 Search for 45.91.22.145 along with other IPs, ASNs, and services for free. See how our data can help your organization prevent fraud and secure your customers.

We work with clients to provide custom threat intelligence, product integrations, and raw data. Get in touch with our sales team to find out if we can help.